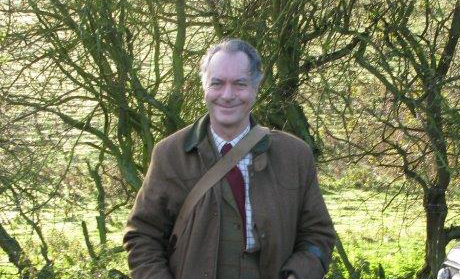 This month we pay tribute to my dad, Brian Richardson, who has died after a short illness: He was diagnosed with Lymphoma in his brain in April this year. Brian was the driving force behind The Richardson Partnership for Care, which he founded with my mum, Jackie, in 1989.

Brian was an amazing man who touched the lives and hearts of so many people. He was born on Christmas Eve 1949 and grew up in humble surroundings in Northampton with his parents and two brothers. His entrepreneurial spirit was evident from a young age when he would devise enterprising schemes, which included repairing motorbikes on the lawn in front of the family home.

After leaving school Brian attended the newly opened Nene College in Northampton and qualified as a teacher, however he didn’t quite fit into the teaching world. Instead he came home with a teenage student who desperately needed short-term foster care and that was the beginning of his career as a carer.

Brian and Jackie started The Richardson Partnership for Care in their own home, caring for people with learning disabilities. In fact, two of the people that they looked after then are still residents in our care homes now, almost thirty years later. They built up the business with love, sheer hard work, determination and dedication; qualities that Brian also displayed in his personal and social life.

Brian and Jackie grew the business by buying up properties in Northampton to enable them to care for more people. They also recognised there was a need for specialist residential care and rehabilitation for people with acquired brain injuries, so extended the services to care for them too. I grew up in the business and have worked full time for The Richardson Partnership for Care since leaving school. Around 15-20 years ago, I was appointed a Director, and Brian and Jackie gradually stepped down from the day to day running of the business, handing over to me and my husband Greg.

The Richardson Partnership for Care is very much Brian’s legacy. He and Jackie established it to feel more like a family than a business. Brian was more than a boss to his employees – he was a true friend and a gentleman. He was known for his generosity, often helping people out when they didn’t expect it and investing in their personal development. He gave them the skills and the freedom to move on, but many of the staff chose to stay. This is still the case today.

Part of Brian’s legacy is also the ethos of The Richardson Partnership for Care and its commitment to providing a warm, friendly and positive environment for people with learning disabilities and acquired brain injuries. They are treated with dignity and respect and we aim to support them to realise their potential and live a fulfilling life.
Brian was a man who lived life to the full. He had many friends and a wide range of interests. As a youngster he would go to the Salon ballroom with his parents where he achieved gold medals for Ballroom and Latin American Dancing, and in later years he would love to Rock and Roll and Salsa with Jackie and Laura. He also loved the outdoors: he enjoyed walking and fishing, but his great passion was stalking and shooting. He was also a confident and extremely competent diver, as well as fast and enthusiastic skier. He was a risk-taker and had a reputation for a having a dare-devil attitude, which is perhaps why he was so much fun.

Brian was a warm and generous host and loved cooking for friends and family. He has been described as kind, caring, friendly, funny, a life-long friend, supportive, great company, interesting, intelligent, daring, obstinate and even, eccentric. We will miss him dearly, but we endeavour to maintain the ethos and vision for The Richardson Partnership for Care that Brian and Jackie established.